Over the last few days, this small but loud group of bitter women have rampaged through the Facebook sewing community in an attempt to destroy my business. I was one of several sponsors for a 5,000 member celebration giveaway for a sew along & contests group. This was going to be a really fun month for them full of sewing activities and giveaways. This is a group that is centered around the FUN and JOY of sewing. It is not a business, the admins aren’t paid. In fact everyone that runs this group is a volunteer! And now they have pulled all prizes and been forced to ARCHIVE the group!

This group—not business —was targeted for having me as a sponsor. This hateful mob that can’t stand anyone being happy or successful have reached out to all the other sponsors and demanded that they pull out of the giveaway because my company is also a sponsor. Newsflash, the sponsors don’t get to pick who the other sponsors are.

When presented ALL the facts the sew along group admin team (100% volunteers) made the decision to keep me as a sponsor. After making the announcement, some of the other sponsors pulled out, but several more stepped in to fill the void. As the day went on, the other companies who agreed to sponsor this month’s giveaways were getting harassed. Their testers were targeted as well. This is a cowardly and calculated move, with only malicious intent in mind. It is nothing more than bullying and terrorizing innocent individuals.

This group of killjoys that think they can ruin my business and create a hostile environment for anyone remotely associated with me is doing exactly what they claim to be against. They are not for “inclusion” or “progress”. What they want is for everyone to agree to their worldview and opinions. They are lead by emotional jargon, instead of fact based decisions. These women are not trying to bring about change but are simply looking for everyone to submit or quit.

The ring leaders to these attacks (not just directed at me) can be found plotting and planning in a “secrete” Facebook group, Free Speech: Fabric and Pattern edition. There is nothing Free Speech or ‘inclusive’ about this ‘members only’ style club. In this group the members focus on a target, instantly remove them from the group if they are in it, and proceed to fabricate an outrage to which the unsuspecting business (or person) is unaware. Then they conspire to create strategic plans of attack. They usually start with what seems to be an “in good faith” question or comment usually racially based. But it is not an innocent question or comment. It is fully intended to stir up trouble and provoke emotion within the group “target businesses” members.

Most people shutter at being called racist. It is a really disgusting term used to describe the most slimy and horrific ideology. Most rational people would agree that racists are the scum of the earth, and this is why businesses and individuals break down and apologize for actions ‘perceived’ as being racist. This is a fear tactic used when there is no other bases for getting their demands met. So, which is worse – being accused of being racist, or using a despicable term to label someone as racist in order to get your way. Throwing this vile term around like it’s nothing diminishes the meaning and therefore diminishes the impact of a truly racist act.

There is something very wrong when you lump a whole group of people in by race and claim them all to have the same life experience. No one has the same life experience as another, regardless of the color of their skin or where they come from. This fictitious idea that I create a hostile environment for sewists of color is complete bullshit. I have never once discriminated against anyone for anything they cannot control. (You cannot control what skin your are born with). I give each person the same respect and do not assume or make a judgement about them, until they have given me a reason to do otherwise. We are all created equal.

I believe each person to be an individual, not just part of a collective group. Your worth is not which boxes you check, but in your daily works and how you treat others. Lead with love and honesty and your life will be full of joy and happiness.

I don’t wake up and worry about pleasing a specific group of people. I don’t start my day wondering if what I will do will offend someone. And I certainly don’t think about what this world thinks of me. I make my choices based on what God would think about me, and I do my very best everyday to be the best example I can be for others, so that they might be inspired to choose truth over lies. I am blessed each day to wake up and continue to do well for Him.

I promised this group 5 patterns that they could give away as they see fit, and I intend to keep my promise.To enter the giveaway, please fill out this form: I support joy and love to have fun giveaway. I will be giving away 5 FREE patterns right here, since I’m not ALLOWED to GIVE BACK to my fellow sewists in their group. I will do it right here.

One entry per person please. Multiple entries will be disqualified. I will pick 5 winners at random using the wheel of names random name generator. This giveaway will close on Wednesday, July 15th.-
This giveaway has ended

If you aren’t sure about me or my history with this small group (it is literally the same few people starting trouble in every Facebook sewing group), then please take the time to check out these links.

Originally, I was attacked and labeled a racist for the name of one of my patterns (Good ol’ Boy). This was my response:
https://littleragamuffin.com/outrage-culture-i-refuse-to-let-a-couple-of-loudmouths-shut-me-down/

And an interview I did 3 months later:

*Update*
In the Conservatish interview I reference a 7minute hate video that was made in the original (now archived) Free Speech: Patterns & Fabrics edition. I was unaware of this Facebook live video until around September 2020, almost a full year after it was originally made which resulted in my business and myself personally being labeled “Racist” and continually harassed, slandered, and defamed. After over a 18 months of continued harassment I have decided to share the video publicly. The only edits I made to the video are ones to hid the identify of the individual responsible for making it. I have also included a plethora of screen shots collected over the last 18 months that correlate directly with the “how-to cancel” instructions given in the video.

Despite being harassed almost daily by psychotic cancel culture mobs, I’ve continued to grow a successful business. I do not see myself as a victim and do not wish to be treated as such. It is an unfortunate situation, but it has made me stronger, more confidant, and a desire to work even harder to over come the insane narrative set forth about me and my business by other business owners and “professionals” who could be considered competition in my field. Yes,

Creating and maintaining a thriving business despite all the negativity is something I have grown to appreciate rather than dwell on. I am in no way saying I love it, because that would be weird, but I can’t change it, but I can allow it to strengthen me. Haters = Motivators.

The coordinated effort to “cancel” or excommunicate me from the online sewing community, to stunt the growth of my grown fan base and ruin my business are the efforts put forth by a select few of prominent sewist and business owners. Their overall goal, to cause financial harm to my business, ending with me closing Little Ragamuffin and leaving the online sewing community. Although, they have purposefully tried to impede my ability to grow and maintain a business with their constant attacks of slander, defamation, and trade libel (Being blocked and banned from protenant promotional Facebook groups, false accusations all kinds of things including but not limited to: Bad pattern drafting/ fit, IP theft, Racist, Misogynistic, transphobic, and sexist behavior ) I will not release names of people or businesses that are complicit in the ongoing harassment I’ve received over the last few years.

I truly believe people can change. In the event they see the error in their ways, I do not want to be a reason they are branded this or that. Being labeled (as I have) in a negative way is something most people or businesses will not recover from, and I do not wish to be the one that applies a negative label on them. If the apostle Paul can go from killing and persecuting Christians to being the greatest defender of Christ, then I believe anyone in this world is capable of such a radical change. And I honestly hope they do.

I believe I am entitled to (but probably will not receive) a public apology to my customer, pattern testers, affiliates, and anyone else that has been verbally abused by these cowardly people who have harassed and terrorized them simply being associated with me in any way. 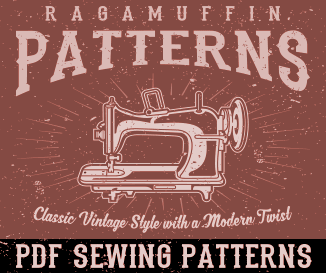 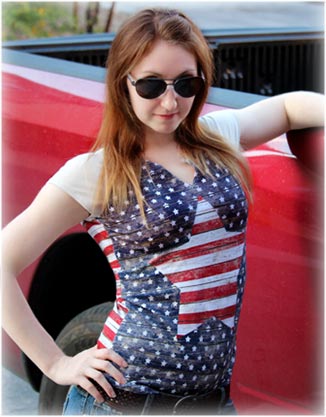